In recent blog posts, I expanded on the details of the recent FIFA scandal. Take a look at Who Does FIFA Answer to?, FIFA - Part 2, FIFA - Part 3, and FIFA - Part 4 to get the full back story on FIFA, the scandals, and the prior auditors.

Big Four auditors, KPMG, resigned after the auditors missed about $80 million in bonuses that were not on the financial's. A few months have passed by where FIFA has been in limbo. They actually had to replace 3 executives, the Chief Compliance Officer, and now they have replaced the external auditors as well. 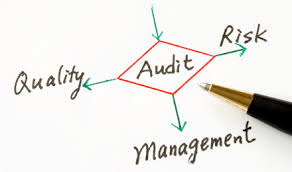 An article from ESPN announced that PWC will be FIFA's auditors going forward.

Let's hope with all these changes, this non-profit can do things by the books going forward.