After the 2015 corruption, Gianni Infantino succeeded Blatter. He was voted in as president after talk of reforms and change. Blatter commented on the new president, "with his experience, expertise, strategic and diplomatic skills he has all the qualities to continue my work and to stabilize FIFA again." continuing Blatter's work is the opposite of change and reforms. 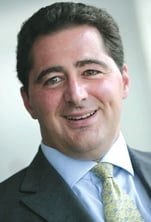 FIFA’s head of audit and compliance, Domenico Scala, stepped down on 5/15/2016 after 4 years with FIFA.  He was alarmed by a decision that makes it possible for the FIFA council to "impede" audit investigations by either dismissing committee members or "through the threat of a dismissal". Scala said the change “destroys a substantial achievement” of FIFA’s reforms since last year’s scandal that ended Sepp Blatter’s 17-year rule of FIFA. FIFA has commented on the Scala's resignation. FIFA believes they are in the right and have always been able to impede investigations.

Even with a new president, FIFA continues to struggle with changing for the better and sticking to reforms to prevent further corruption. The bare minimum of reforms have been pushed through, but salaries are no longer be disclosed even though FIFA is a registered charity. It seems FIFA answers to FIFA, unless they get caught in trouble like the 2015 corruption case. The resignation of Scala is a big deal and will be very interesting to watch how FIFA chooses to handle this situation in the near future and who the council chooses to replace Scala as the head of audit and compliance.