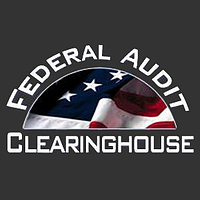 This article is for our non-profit friends...

The Federal Audit Clearinghouse (FAC) suffered a data breach and their website continues to be offline. The single audit deadline has been extended to December 31, 2015 and the data breach/website issue does not affect this deadline.

Per the website: http://www.census.gov/econ/overview/go1400.html, the Federal Audit Clearinghouse is:

To collect and disseminate all information from Form SF-SAC (Data Collection Form for Reporting on Audits of States, Local Governments, and Non-profit Organizations) and selected associated audit reports. The project is performed on behalf of the Office of Management and Budget and funded by major grant making Federal Agencies. This program is mandated by the Single Audit Act Amendments of 1996 (PL 104-156), and Office of Management and Budget Circular A-133.

States, local governments, and non-profit organizations that expend $500,000 or more in federal awards must perform a Single Audit and complete Form SF-SAC for every fiscal year they meet the dollar threshold. Collectively, these submissions permit federal agency inspectors general and grant administrators to monitor the use of over $500 billion annually.

Qualifying auditees must submit Form SF-SAC and the Single Audit audit reporting package annually, within nine months of the end of their audit period.

Auditees are required by Federal law to submit Form SF-SAC and the reporting package. Hard copy and an Internet filing option are available. The materials are checked-in and data on the Form SF-SAC are keyed or captured electronically. Edits are performed on the data and if the data are incorrect or incomplete, the auditee is contacted to revise or augment their previous submission.

Form SF-SAC data are collected and disseminated through an Internet data dissemination system. Reporting packages are distributed to Federal grant-making agencies when indicated on Form SF-SAC.

The http://harvester.census.gov/sac/ facilitates Federal oversight of entities expending federal money. The FAC accomplishes this goal by being the sole source of Single Audit information for federal agencies for the majority of auditees. In addition, public scrutiny of Federal grants is increased by making audit information public. (See the end of this article for details about this web page)

Provides timely, public information on the annual use of over $400 billion in federal awards

If you click on the http://harvester.census.gov/sac/ link, you will encounter the following message. Again, this doesn't change the due date for the audit:

The following survey sites are temporarily offline for maintenance and testing because of our ongoing IT security investigation:

For more information about the IT security investigation, see the http://directorsblog.blogs.census.gov/2015/07/24/update-on-the-census-bureaus-it-security-incident/.