Today, more information has been released on the corruption with FIFA. The last FIFA blog post, "Who Does FIFA Answer to?", focused on the May, 2015 corruption that was uncovered by the FBI. The president at the time was Sepp Blatter.  U.S. law firm, Quinn Emanuel Urquhart & Sullivan, have performed extensive research and analysis on FIFA in the past year and the findings are shocking.

1. Top Officials have paid themselves more than $79 million dollars in bonuses, annual salary increases, and other incentives.

2. The 3 people that got paid were Blatter (former President), Kattner (former CFO), and Valcke (former Second-in-Command). As of last month, all officials have been fired or let go. These men have not responded to comments about this situation.

3. FIFA’s former chief auditor Domenico Scala, who the investigators say was aware of some of the payments, declined to comment. Now, the reasons the head of audit stepped down less than one month ago are more clear.

4. The compensation of FIFA’s top officials had been closely guarded secrets at the organization until earlier this year, when it revealed that Mr. Blatter earned 3.6 million francs in salary for 2015. That didn’t, however, include bonuses, which are usually tied for top people to World Cups. Blatter had more than $30 million in bonuses that were not listed when he finally published his salary.

It will be very telling to see how FIFA handles this situation. As of now, Mr. Kattner was promised an arrangement that would see him paid by FIFA into 2023 regardless of his employment at the organization or any legal proceedings against him. The contract clause reads, “FIFA agrees to hold harmless and indemnify the employee from and against any and all costs and losses incurred from civil or criminal proceedings against him for matters in connection with his employment with FIFA,” So Klattner had complete incentive to write himself bonuses, because he knew no matter what he would be paid for the next 7 years, even if terminated. Why did FIFA sign off this contract? It looks as if we will see more corruption with FIFA in the upcoming years.

To find out more information, take a look at this link with the full story. 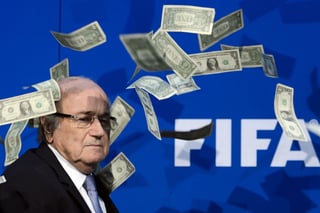